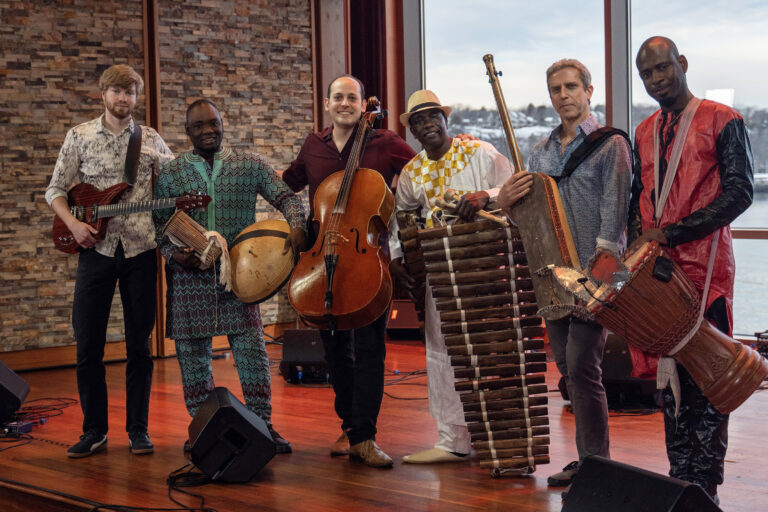 Tickets
Become a Member and Save
Additional Seats at KMC

Mike Block and Balla Kouyaté have been collaborating for over a decade, bonding over their shared interest in music from across the world, and their commitment to innovating on their instruments. Balla Kouyaté, a balafon player and singer coming out of the Djeli tradition of Mali, was awarded a National Heritage Fellowship from the NEA. Today, the first balafon, over 1,000 years old, remains in the Kouyaté family. Mike Block is an American cellist, singer, and composer, and a Grammy Award-winning musician with the Silkroad Ensemble originally trained in western classical music.

The COLLABORATIONS series presents cross-cultural musical explorations and collaborations. This series often explores the ways in which the music of one culture has influenced the music of another culture, or the music of seemingly widely varying cultures can be strikingly similar or complementary.