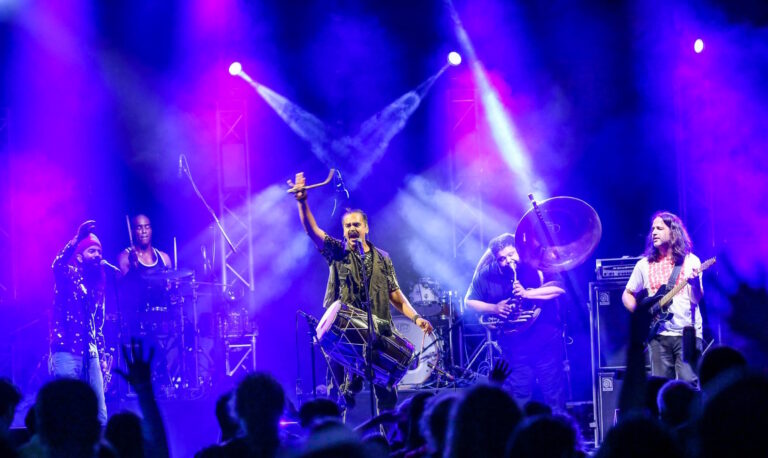 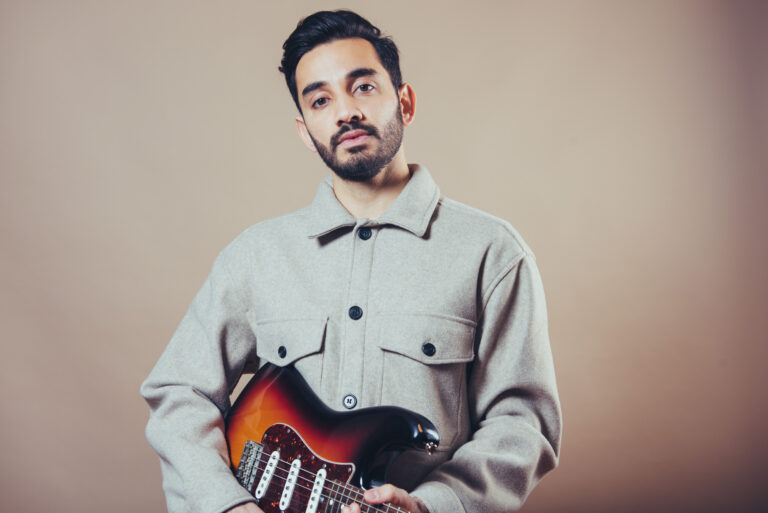 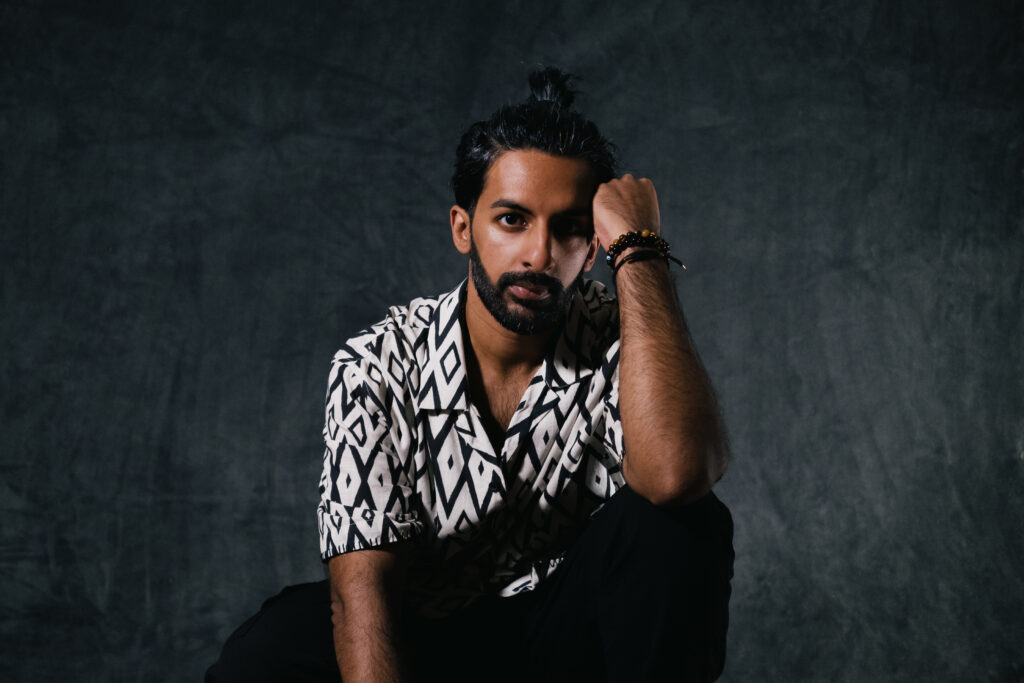 Brooklyn-based Red Baraat is a pioneering band conceived by dhol player Sunny Jain, known for its signature blend of hard-driving north Indian bhangra and elements of hip-hop, jazz and punk energy, with a mission of manifesting joy and unity in all people. They recently performed at the Wolf Trap Performing Arts Center with tabla master Zakir Hussain, and celebrated the 10th anniversary of their Festival of Colors. The Telegraph (UK) says “this year’s ‘discovery’ [WOMAD UK Festival], though, was Red Baraat, a cacophonous bhangra funk band from Brooklyn. Think Punjabi weddings, Delhi street brass bands, modern jazz and rock” and NPR’s Bob Boilen calls them “the best party band I’ve seen in years”.

Red Baraat ‘Festival of Colors’ celebrates the Hindu holiday of Holi with a colorful array of South Asian sounds. Traditionally, Holi is marked by public gatherings of families and strangers sharing songs, dance, and the exchange of ‘colors’ – colorful dry powder or colored water playfully thrown amongst the crowds of revelers. It signifies the victory of good over evil, the arrival of spring, and for many, a festive day to meet others, play and laugh, forget and forgive, and repair ruptured relationships.

Shubh Saran is a New York-based guitarist, composer, and producer who has performed globally with his band throughout the United States, India, Canada, Bangladesh, Vietnam and Mexico. Having grown up in six different countries, his career has been shaped by a mixture of influences. Saran’s intricate compositions include sounds from modern jazz, neo-soul, and rock as well as classical and contemporary Indian music.  In October 2021, Saran independently released his second full-length album and fourth overall release titled inglish – a groundbreaking work that explores concepts of assimilation, global identity, and native culture.

Kahani, a producer/dj from New York, is a disruptor in the electronic and world music space, fusing global dance rhythms with a South Asian touch. With the launch of his label, Indo Warehouse, he builds experiences for listeners to feel sound and lose themselves in a world of blended cultures. Now serving as the sister label of Nonresident, it serves as his own way to celebrate South Asian culture through dance, without being boxed into any one style of sound.

The LET’S DANCE series brings us all together on the dance floor moving our bodies to the infectious beats of DJs and live bands from around the world.