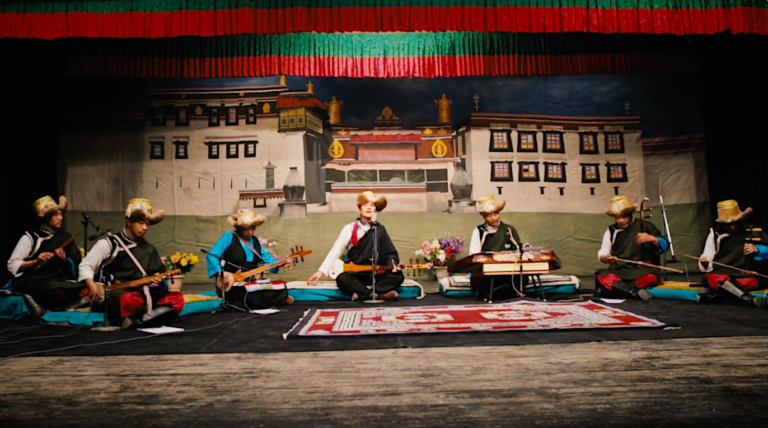 Tickets
Become a Member and Save
Additional Seats at KMC

Techung is a Tibetan singer, songwriter and musician living in the USA. He is best known for his skilled and moving performances of traditional Tibetan music, dance, and opera.

Growing up in exile in Dharamshala, India, Techung was raised to become one of the rare keepers of traditional Tibetan musical traditions. After immigrating to the US, Techung co-founded the Chakasampa Tibetan Dance and Opera Company in 1989 and made his Carnegie Hall debut with Philip Glass, REM, Trey Anastasio, and Patti Smith as part of the Tibet House’s annual Monlam Festival. After years of performing as a solo artist over the last decade, Techung’s new mission is to promote the endangered genres of classical music from Lhasa, Tibet which are rarely staged or performed anywhere.

This worldwide premiere of Techung and his Music Ensemble will present a repertoire of classical music from Tibet known as Nangma and Toeshey. These classical musical traditions became widely popular in the sixteenth and seventeenth century in Central Tibet with the formation of Nangma associations. With the support of the Tibetan ruling elite, Nangma groups further expanded and the music itself developed and in due course came to be associated with official banquets and picnics.

These genres of classical music reached their pinnacle in the 1930s with the greatest musician called Acho Namgyal, a blind maestro from south central Tibet. Namgyal composed and performed some of the best-known songs which are still performed to this day.

Nonetheless as an older generation of Tibetans is passing away, time is running out on nearly all aspects of Tibetan culture. This is one of the reasons why during the last seven years Techung has been undertaking his “Tibetan Music Preservation” project to professionally record and perform the songs that he learned from his elders from Tibet in India.

This upcoming tour is the final outcome of the project where Techung and his Tibetan Music Ensemble will perform for the first time in the US, a concert based on a repertoire of Nangma and Toeshey music.

The ORIGINS series features artists who delve into the folklore and roots of their respective culture’s music to tell the story of their origins, preserving and affirming cultural identities and legacies.

This program is supported in part by a grant from the National Endowment for the Arts.