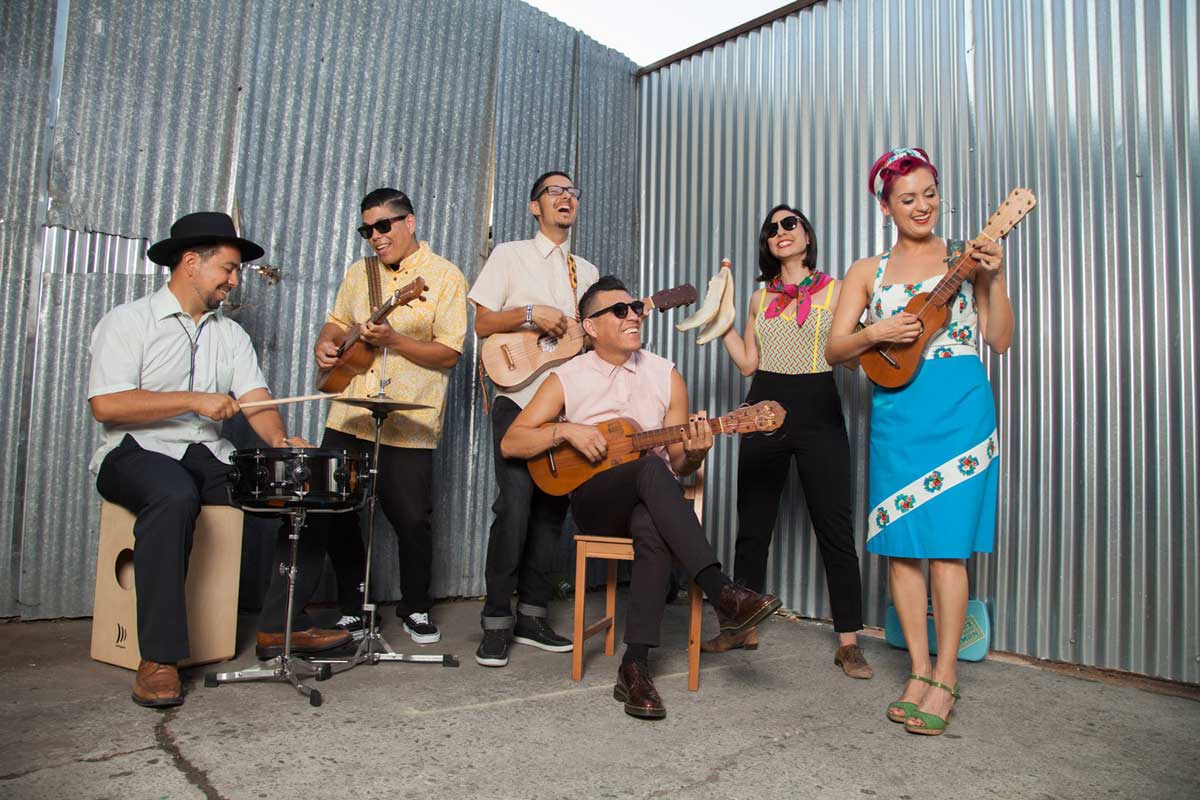 Enjoy a WMI PLUS At Home conversation with musicians from Las Cafeteras, a celebrated Chicano band out of East L.A. known for their joyous, multi-faceted blend of the folkloric Son Jarocho music of Veracruz with hip-hop, zapateado dance, and incisive social consciousness. Members of the band will discuss their culture, music, instruments, and their commitment to changing the world through music in a conversation with Juan Dies, a fellow musician and educator from the band Sones De México.

Influenced by music from Veracruz, Mexico and eager to teach others about it, Las Cafeteras started formally playing in 2005. Since forming as a band, they have shared the stage with artists such as Caifanes, Lila Downs, Juanes, Ozomatli, Edward Sharpe and the Magnetic Zeroes and the Los Angeles Philharmonic. The Boston Globe describes this vibrant sextet as “One of the leading bands in the vibrant Chicano roots scene”

Known for their politically charged lyrics, Las Cafeteras speak out against injustices within the immigrant community, and their experiences as Chicanos in East L.A.. Their song, “La Bamba Rebelde”, a remake of the traditional Mexican song from the state of Veracruz “La Bamba”, denotes their Chicano pride. They say that they construct their music as a tool for creating positive change and inspiring others to do so.

A founding member of the Grammy nominated group, Sones de Mexico Ensemble. Juan is a multi-instrumentalist, researcher, and educator of traditional Mexican folk music and instruments. He formed the band in Chicago’s historic Pilsen neighborhood in 1994 to keep the tradition of Mexican ‘son’ alive in its many regional forms. As performers and recording artists, the ensemble has developed and popularized many original arrangements of Mexican traditional tunes through touring the United States and internationally, including such prestigious venues as the Getty Museum in Los Angeles, Carnegie Hall in New York, the Kennedy Center in Washington, DC.