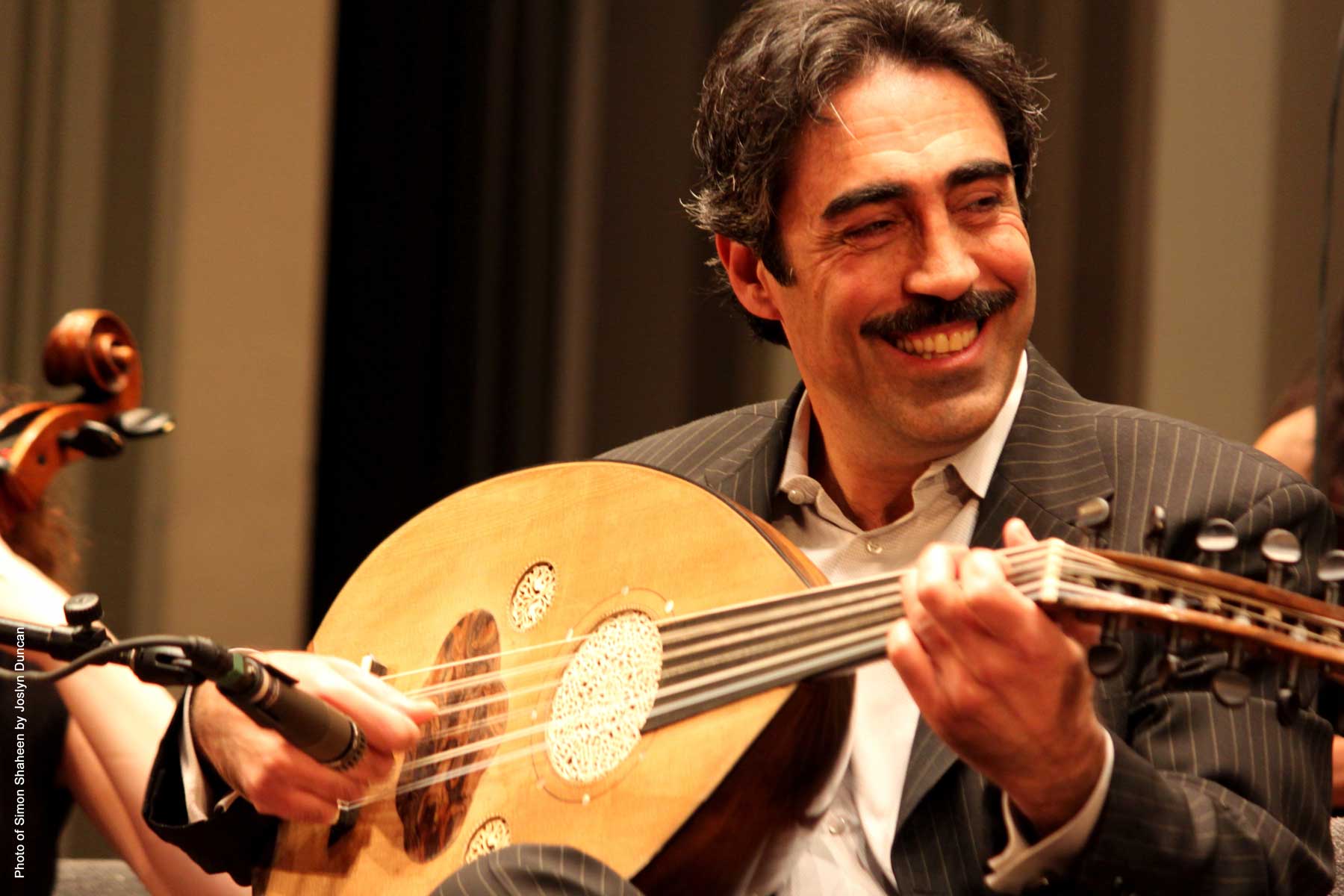 WMI PLUS At Home Experiences are free of charge, but you must register to reserve your space. You will receive an order confirmation once your registration is complete that includes the link to the event. Live captioning will be provided during the event.

This At Home session will feature a conversation of longtime WMI friend and acclaimed Palestinian-American musician and composer Simon Shaheen with fellow musician and educator Wanees Zarour. Shaheen, an internationally acclaimed virtuoso on both the oud and violin, will talk about his extensive musical journey in promoting Arab music in the West and will demonstrate his instruments. Attendees can post questions that will be answered at the end of the presentation.

Shaheen began playing the oud at 5, and the violin shortly thereafter. He attended Tel Aviv University, earning degrees in Arabic literature and music performance. He later pursued further studies at Hebrew University of Jerusalem. In 1980, he emigrated to the United States to study music at the Manhattan School of Music and Columbia University, eventually becoming a U.S. citizen. In 1994, Shaheen received a National Heritage Fellowship from the National Endowment for the Arts, the highest honor for traditional arts in the USA.

Shaheen founded the Near Eastern Music Ensemble and Qantara music ensemble in an effort to promote Arab music and as a vehicle for his compositions. He also organizes arts festivals, music retreats and music camps on Arab music and is currently a Professor of Music at Berklee College of Music.

Trained in both Western and Middle Eastern musical traditions, violinist and buzuq virtuoso Wanees Zarour specializes in Maqam music and is well versed in genres from jazz to Eastern European folk. The composer, educator, and performer of Middle Eastern music teaches Middle Eastern Rhythms, Maqam Theory, and other subjects at the University of Chicago and holds master classes, residencies and lectures at Universities and educational institutions around the United States. Zarour also directs the Middle East Music Ensemble, a 45 piece traditional music orchestra dedicated to the study and performance of Middle Eastern music.

Off campus, Wanees Zarour leads and composes for several groups including his own Wanees Zarour Ensemble and East Loop, and co-directs the Chicago Immigrant Orchestra. He has been featured in major festivals in the United States, Europe and the Middle East and has recorded with various artists.

WMI PLUS and WMI PLUS At Home experiences are supported by a grant from Con Edison.