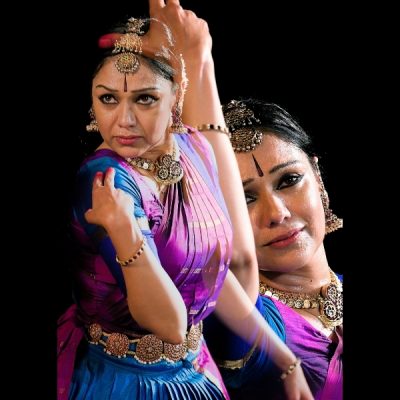 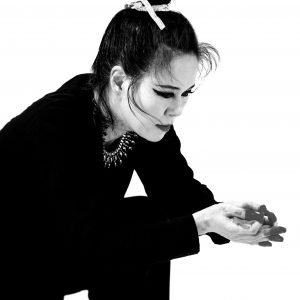 Available for on-demand streaming now until June 13. Once you rent the presentation on Vimeo,  you will have unlimited access for 72 hours. Closed captioning provided.

Our annual Dancing the Gods festival of Indian Dance celebrates its 10th year, this time designed and filmed specifically for virtual presentation, and featuring two of India’s leading dancers, preceded by two stars from the New York area. These four films, produced in India and New York, have been commissioned exclusively for WMI.

Each program begins with a slide presentation by Rajika Puri, co-curator and acclaimed danced storyteller, who reviews the previous nine years of Dancing the Gods, which she inaugurated in 2011.

Program One features Rama Vaidyanathan (Bharatanatyam) in “Vexed, Nervous, Haughty” – a performance set to three light-hearted songs, portraying women responding to their lovers’ overtures, each song is in a different language of India, preceded by a short film. Drawing inspiration from a majestic and supple willow tree, Jin Won highlights the grounded yet flowing movements of the traditional Kathak Thaat segment in her new film “Willow”. While also exploring technical dance compositions in wide-open digital spaces spawned by the pandemic, Jin thoroughly re-imagines the experience of a Kathak performance.

Rama Vaidyanathan is one of the foremost Bharatanatyam dancers of her generation. She trained intensively  with legendary dancer Yamini Krishnamurthy and, also,  with celebrated Guru Saroja Vaidyanathan. In a performance career spanning more than 30 years, Rama has developed her own individual style without forsaking the core principles of her dance form. Her technique is grounded in tradition, yet she brings a fresh approach to her choreography that is evident in the innumerable dance compositions she has added to the Bharatanatyam repertoire. Rama has received critical acclaim for her choreographic skills as well as her unique ability to connect with audiences. Placed in the “outstanding” category of artists with the Indian Council for Cultural Relations, she has represented India at several world capitals and has been awarded prestigious titles by the governments of Tamil Nadu, Kerala, and Madhya Pradesh. Rama is also the recipient of the prestigious Sangeet Natak Akademi Puraskar awarded by the central government of India. As Director of Ganesa Natyalaya New Delhi, she is actively engaged in teaching and nurturing young dancers, thus balancing a hectic performance schedule with conducting workshops and master classes all over the world and, so,  inspiring a whole generation of dancers.

Rama opened the very first Dancing the Gods festival in 2011.

“Miming the darts, or melting fierce of love, or the dialogue with birds, she was keenly focused. Moving her head from side to side, as if separating it from her neck, she was vivid.”

Praised by The New York Times as “an exuberant dancer whose musicality transforms her dancing into something primal,” accomplished Kathak dancer and tabla player of South Korean origin, Jin Won is unique in that she explores the sonic and visual possibilities of rhythm, both as dancer and musician. Jin spent over 15 years in India training in with Pandit Divyang Vakil and Shrimati Shubha Desai, respectively. Jin Won also serves as Artistic Director of Pradhanica Dance and Music Company.

“…an exuberant dancer [who] is as much a musician as a dancer. Ms. Won’s musicality transformed her dancing into something primal. The tension between wildness and control was a hallmark of Ms. Won”

“She is an embodiment of pure rhythm, irresistible as she is versatile” – Robert Johnson, NJ Arts