Dancing the Gods: Program Two - SURUPA SEN in a recital of Odissi dances, preceded by SONALI SKANDAN in a short work in contemporary Bharatanatyam 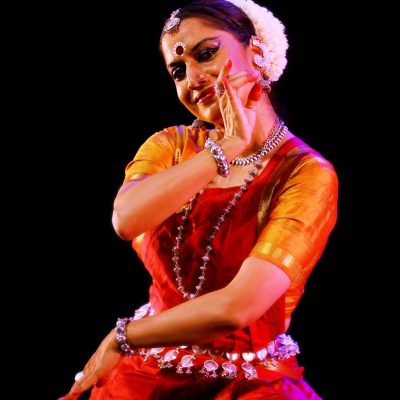 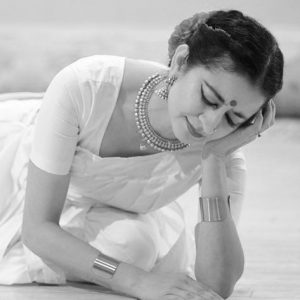 Available for on-demanding streaming now until June 13. Once you rent the presentation on Vimeo,  you will have unlimited on-demand access for 72 hours. Closed captioning provided.

Our annual Dancing the Gods festival of Indian Dance celebrates its 10th year, this time designed and filmed specifically for virtual presentation, and featuring two of India’s leading dancers, preceded by two stars from the New York area. These four films, produced in India and New York, have been commissioned exclusively for WMI.

Each program begins with a slide presentation by Rajika Puri, co-curator and acclaimed danced storyteller, who reviews the previous nine years of Dancing the Gods, which she inaugurated in 2011.

Surupa Sen was the first student at Nrityagram, the dance village where she began her training with the architect of Odissi – Guru Kelucharan Mohapatra. She also learned Odissi with Guru Protima Gauri, Guru Ratikant Mahapatra and Guru Bichitranandan Swain, studied abhinaya (‘mime’) with Guru Kalanidhi Narayanan, and explored the 2nd C  treatise on the art of drama, Natyashastra, under the supervision of scholar-dancer Dr. Padma Subrahmanyam. For over two decades, she worked to research and expand the dance vocabulary of Odissi, and help develop the aesthetic style that distinguishes dancers of the Nrityagram school. Attracted to choreography from childhood, Surupa has focused on making new dances using an expanded Odissi language rooted, always, in both traditional Odissi and the Natyashastra. With her keen talent for music and rhythm she worked as of 1999 with the late musical genius, Pandit Raghunath Panigrahi, herself adding to the  repertoire of Odissi music. Surupa has received awards from the Raza Foundation (2006), Chennai’s Sri Krishna Gana Sabha (2008 & 2011), and the Sangeet Natak Akademi (2018), and serves as Artistic Director at Nrityagram.

“According to tradition, largely a solo form, Indian classical dance has succumbed to the ensemble but rarely justified it. Nrityagram’s artistic director, however, transforms islands of activity into an archipelago that stretches across the stage. She zooms in on a dancer by having the others freeze in distinct poses like adjacent pages in a flip book. She scatters our attention with troupers flitting in and out from the wings, and gathers it up again when they form a circle centre-stage…… Sen has writ large the romance between line and curve that distinguishes Odissi!” – Financial Times

Sonali is a passionate dancer and choreographer whose work has been described as “natural yet tense with the pull of mystery” (nytheatre.com), whose “interplay of the sculptural and rhythmic aspects of Indian dance was compelling…riveting” (Alastair Macaulay, The New York Times).  She has been a resident of NYC for over 30 years, and her work reflects the urban, dynamic, and diverse atmosphere inherent in the city. As Artistic Director of ‘Jiva Performing Arts’, she teaches and creates engaging dance productions to increase the accessibility of the classical arts. Her ‘Jiva Dance’ is a professional company that presents compelling works based on Bharatanatyam.

Both Sonali and her company have received praise in The New York Times, Financial Times, and The NJ Star Ledger, among others, and have presented Bharatanatyam worldwide. A longtime student of the legendary C.V. Chandrasekhar and also of Bragha Bessell, Sonali currently receives creative mentorship from celebrated New Jersey-based dancer and choreographer Maya Kulkarni with whom she explores rare poetic works based on which they then create inventive dance compositions.